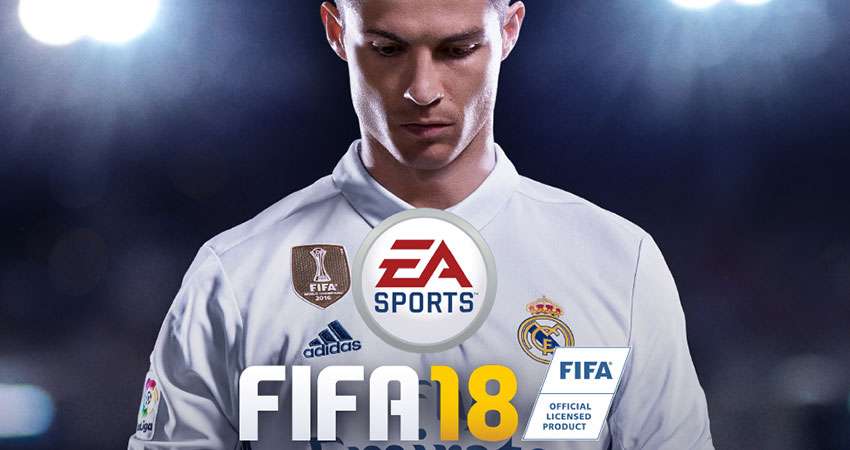 FIFA 18 will be released on the 29th of September and EA have made a few changes that they have promised will carry on the improvement of the game on the whole. The new FIFA should be a great game; I can’t see it not being good, as EA haven’t made any drastic changes, that could have a significant negative impact on the game. This is because they already have a successful formula, so they made minor tweaks to improve the game they already had. These tweaks that it appears they have made look like they will take this football game to the next level. Of course it’s early days and we don’t know everything but from what we can see the game is showing positive signs. One change that doesn’t particularly improve the game but has been a headline change is the change of the cover star. In previous years, players like Rooney, Messi and Reus have been on the cover. However it is now Cristiano Ronaldo’s turn, he has had to wait quiet a while for this. You can actually buy a Ronaldo edition of FIFA and if you do this you will be able to play the new game 3 days earlier in comparison to everyone else. This 3 day early access also comes with the icon edition. There are three editions of FIFA this year, there is a standard edition, icon edition and as previously mentioned a Ronaldo edition. They are all priced differently, the standard edition being the cheapest and the icon edition being the most expensive. This is due to the different bonuses they include.

One positive thing is the fact that EA do seem to be trying to address some of the problems or faults they have had in previous games. For example in previous FIFA’s the crowd has looked like a few dots. After looking at the trailer, it does look like they have made the crowd look like real fans. Another problem they have had in the past is a lack of variation in play. For example in FIFA 14 all people would do is cross or FIFA 13 people wouldn’t pass. However every year they’re adding more balance to the general feel for the game and it looks like there is slightly more variation this year on the pitch. One aspect of the game that has improved a lot is the way the players in the game move. This is due to the developers of the game EA working with players; they studied the way they players move with and without the ball at their feet. They attached specially made suits with motion sensors on them so that they could carefully monitor their movements. So, the movement made by the players in the game is expected to appear very realistic. Another aspect of the game EA have worked on is the way a team plays, just like in real life different teams have different play styles and EA have said that they have worked hard in trying to implement this into their new game. For example Barcelona play the tiki-taka style of play and Liverpool play the high press; styles like these are expected to be evident in this years game. Another aspect of the game EA have claimed to work really hard on improving is the atmosphere of the stadiums. They have said that they have put in authentic chants into the game for specific teams and you can now properly interact with the crowd when celebrating. Also they added small touches like specific banners for specific stadiums and signature pitch –side fixtures. Small things like these should make the game feel even more real. I feel as if with these touches EA have once again took a step forward to reaching their goal of producing a game that is the same as real life. However they still have a long way to go.

Of course EA will not get rid of everyone’s favourite game mode, it’s sometimes frustrating, but Ultimate Team is absolutely brilliant. Everyone loves it because you can go on a road to division 1 or trade your way up to a million coins. It seems to have something for most FIFA lovers. This year EA have scrapped legends and replaced them with icons. By introducing things like icons, they have once again created a buzz around the game. People are excited and their feelings are justified, since it looks like EA have done it again. So those white cards that we all remember are gone and they’re going to be replaced by icons in the form of blue cards. There are only 5 confirmed icons right now, but we expect more of these new cards to be announced before the game is released. Not much else has been announced as of yet. I’m sure there are many other things FIFA players will want and trust me I want some other changes as well but we will have to wait and see.

This game mode is not played as much as Ultimate Team but it offers something else. In this game mode you are able to create your own player from scratch and use them in a team. You can play in a club with your friends and move up divisions as a team. Personally I think this game mode is great since you work together as a team and it’s usually a great laugh. The more games you play and the better you play per game the more your player or your “pro,” will improve. Overall I don’t expect much to change to pro clubs due to the lack of people that play it. The video below shows what pro clubs is about but it might change slightly in FIFA 18.

This is another mode that is not as widely played; however it is also another great game mode in my opinion. If you don’t fancy playing online, then you can play against the computer or the AI on career mode. This mode offers a completely different experience to the other game modes; it allows to feel as if you have a professional footballers or mangers career. You can either become a new manager, new footballer or take over your favourite football player’s career. The mode is pretty realistic and was improved a lot for last year’s game, you can invest in a clubs youth system, buy and sell players, train players and you have certain goals set by the board. For example if you’re a manager the board will set you goals for shirt sales, club growth and the position they want you to finish in the league. If you’re a player you will be set targets for things like number of goals scored or number of clean sheets. However, just like pro clubs I do not see EA changing career mode that much due the vast number of changes they made last year. Although it should still be a great game mode, with the new in game improvements made by EA, the game mode will be slightly better.

The Journey was introduced in last year’s game, so it is a relatively new game mode. In this game mode you play a story mode where you get to play with a young player by the name of Alex Hunter. In this game mode you get to experience the ups and downs of football for a youngster bursting into the scene. However now that he has already had a year to settle in, in FIFA 18 you will be playing The Journey 2. In this game mode we expect Alex to mature more and he will have higher expectations to perform. EA have confirmed that in the career Alex Hunter will bump into famous players like the worlds best Cristiano Ronaldo. They have also said that Hunter will have a summer a pre-season tour in Los Angeles and have a summer break in Brazil. So in the game mode this year you will be travelling to foreign countries and be able to experience what some of todays top football players experience every year. I think we can expect great things from the nations most talked about video game character.

The platforms that have been confirmed are the PlayStation 4, Xbox one, PC, Nintendo switch and the new consoles Xbox one s and the ps4 pro. I’m not too sure if FIFA 18 will appear on the ps3 and the Xbox 360 since they’re pretty old, most people have current generation consoles and they do not really show what FIFA is about since they’re not powerful enough. The newcomer is obviously the Nintendo Switch, which is great since it means people can now play FIFA properly on the go. Of course you can play it on your smart phone, but it’s not the same. The Nintendo switch will feature FIFA ultimate team but sadly it will not have the Journey 2 on it. You can pre order the game on Amazon and right now the price of the standard edition is £54.99 on the PS4 and the Xbox one and Nintendo switch. However it is retailing at £59.99 for PC.

Just like every year EA and KONAMI will release their respected football games around the same time. In recent years Konami haven’t been able to keep up with EA, in fact last year 1.1 million copes of FIFA 17 were sold in the UK and PES 17 struggled to sell 50,000 copes. It will be extremely hard for Konami to catch up for a while due to FIFA’s immense popularity. I don’t really see anything changing this year either, as long as EA carrying on making improvements to their games their fans will stay loyal. It appears that this year they have done just that, so I wouldn’t expect great sales for PES. However if you look at the games themselves, the comparison is slightly more equal. PES 17 produced absolutely outstanding graphics and the attention to detail with player’s facial features was amazing. This is definitely one thing that they seem to have over FIFA. However FIFA has focused on improving their crowds and other features of the stadium, which is something PES, have previously been heavily criticized for. So in terms if in game atmospheric experience FIFA should be better. Also FIFA come out on top in terms of game modes, they simply have more and they are better thought out. In addition to this FIFA have the licenses for all the big leagues, like the premier league and la liga and PES don’t. Finally the most important thing is of course how it feels when you’re playing with the ball. In my opinion it doesn’t matter how great your players look if it feels awful or unrealistic when they dribble with the ball. This is where PES boasts a slightly better UI in comparison to FIFA but online FIFA performs a lot better. This is of course from previous years, however I’m not sure much will actually change. One cool thing that PES can advertise is that fact that they have put the world’s fastest man in their game, yes, you can now play football with Usain Bolt! However due to the other reasons stated I do expect EA and FIFA to come out on top once again. So basically, FIFA should be great and hopefully they do not let us fans down. I’m sure they won’t disappoint, they have addressed their previous faults and kept most of the previous game so it’s a recipe for a great game.