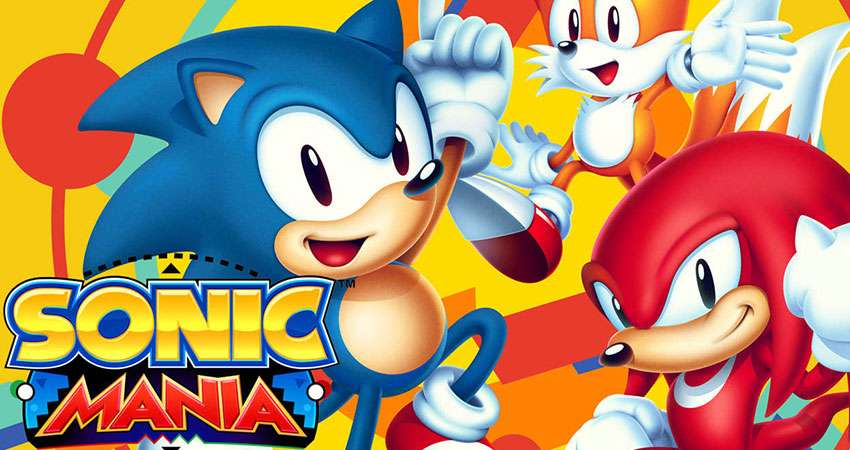 Sonic Mania is a new game that is going to be released later this year by SEGA. Recently Sonic games haven’t been having a great deal of success, although this new game seems to have a lot of potential. The game seems to be similar to the old sonic games, since the game is now in 2d. This is probably since the games of recent have been in 3d and they haven’t had a great deal of success, so by having this new game in 2d some of the old fans of the retro game will be feeling very intrigued by the retake on a classic. By this I mean that SEGA have taken the foundations of the old classic and have implemented in some modern elements. So that it appeals to their old fans as well as keeping up with other games in terms of technology used. The game is showing a lot of positive signs, the main reason being that it is so similar to the original sonic games. SEGA have seemed to address the problems that their other recent games have had. With this modern remix, they took a step back and went back to basics. It looks like they took the main elements of the classics and gave them some modern aspects.

Both Sonic mania and Sonic forces of these games were introduced together by SEGA, however they are completely different games. As mentioned previously Sonic Mania is a modern twist on the classic games, although Sonic Forces is a different game, it is another entry on the 3d sonic series. Sonic Mania features many classic levels, whereas Sonic Forces has got many modern levels. As well as having 2d and 3d levels in the Forces game, it has levels for your custom heroes, which seems to be an impressive new feature of the game. Both games have very good graphics and the animations are in crisp high definition. The soundtrack seems to better on the Forces game as the one on Mania seems disappointing. If Sonic’s original fan base is aware of the new Mania game I think it will be a success, since it is just like the classic game, which ticks all the boxes. Whereas with the more modern Forces game I’m not as sure, it includes many impressive features but it depends on if it appeals to a slightly younger audience. In contrary the Mania game will surely be appealing to older audiences, as it will bring them back to their childhood. The gameplay and the animations have been improved drastically; they’re a lot smoother and more appealing to the eye. With Mania you’re playing the classics, which have been modernized. This is why there is such a buzz around the game, and the hype is completely justified. The game shows great promise, as it also has these modern elements like high definition and 60FPS gameplay. In addition to these features SEGA have got the original developers of some of the original Sonic games to make the retro reboot, this being the main reason why it feels so alike the originals. Overall when you add all of these together you get Sonic Mania and that is why I think it should be a great game.

Sonic the hedgehog 2 was one of the most popular and successful sonic games of all time. It took the successful first game and improved it in every way. SEGA did a brilliant job with the game. They introduced a sidekick for Sonic in the yellow hedgehog tails. Also they introduced a new level layout as well as the ability to dash. Also they did things like introduce new levels, new music and new baddies. These are the aspects that made the 1992 classic a huge success. If Sonic Mania implemented some of these features then it is bound to be a success. From a first look it does seem to be similar to this classic. For example it does feature some of its classic levels as well as the characters in the older game. However the main aspect of the 2017 game is the fact that the animations are similar to the older games, which is one of the main reasons why they were so popular. So by taking some of the popular features of the older games, like the animations Mania should appeal to some of the old fans.


In 2006 they tried to introduce sonic onto the new consoles at the time, which were the PlayStation 3 and the Xbox 360. However it didn’t go well for a number of reasons. If you try to bring in a game into a new market you need to make a good impression at your first attempt and this is exactly what SEGA didn’t do. The game was average; it had a few positive elements, although they needed to improve the game quite a lot. One of the main features of the sonic classics is the fact that sonic is extremely fast. With this 2006 version they tried to implement to many features, like new characters. However things look positive for Sonic Mania as Sonic actually feel fast in the game. Also unlike Sonic the Hedgehog 2, Sonic Mania does seem to possess the foundations of the classics. Sonic Mania will be coming out on the PlayStation 4, Xbox one, Nintendo switch and PC. It should have a successful release on this wide range of gaming consoles as it is similar to the classic game, but it will look like a regular modern game, as the developers have made sure that the game is extremely smooth and crisp.
@NumskullDesigns