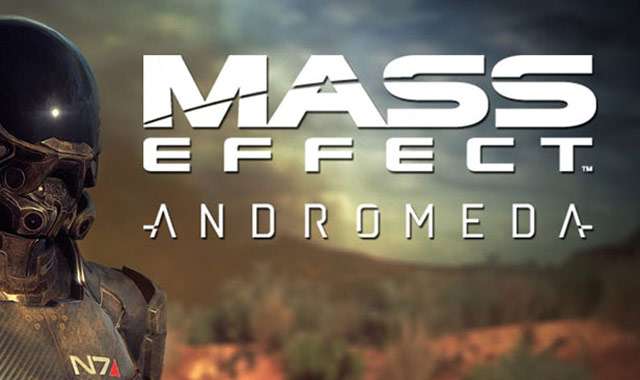 Mass Effect is back! Bioware’s latest space game releases on the 21st of March, and now the focus is much more on exploration (Breath of Wild in space?) and the story is less serious too! But what lies in store for the newest round of astronauts? Let’s find out!

The new Mass Effect funnily enough is actually set between the timelines of the second and third games. In this the four species that form the Citadel Council have a new plan. They’re going to send out ships of 20,000 people (or aliens), to uninhabited planets to grow their empire and stretch out their influence. It’s a one-way trip though to the new Andromeda galaxy, which takes 600 years!

Each of the four different races has their own figurehead for the expedition known as a “pathfinder”. This is where the player comes in! In Mass Effect Andromeda you play as either Scott or Sara Ryder, who is the young newbie commander of a ship, oh you also happen to be the child of Alec Ryder, the pathfinder for the human race in the Andromeda galaxy!

Working with your father, and the crew of their ship (known as the “Ark”, very biblical) your job is establish a new centre for your people in the Andromeda galaxy – known as a Nexus. Alec Ryder’s crew has all the usual suspects asaris, krogans, turians, salarians, and even a member from the new race an angara! In this weird and wonderful mixture of characters you’ve got a security expert, a gunslinger, a commando, a mercenary, close quarters fighters, a doctor, and a pilot too, so wherever you’ve been asked to go and whatever your mission is, you’ll be well-equipped to fulfil it!

But what are we doing out here?

All this story stuff is well and good, but what’s the actual gameplay? Well this Mass Effect is supposedly going to be a bit less serious than previous ones (no more BEWARE THE REPEARS!!!!!!111 etc. shenanigans). In this game there’s much more emphasis on exploring the Andromeda galaxy to make it your new home, and combat has been streamlined too.

Combat is much less based around cover, with this player now moving around a whole lot more, which addresses the concerns of some players about the cover-style of the combat in the game series so far! Another big change is that combat cannot be paused mid-fight anymore. We’ve got mixed feelings on this, because although it definitely goes hand-in-hand with the new more mobile style of play, it’s essentially further removing RPG mechanics from the game!

The whole “exploring the galaxy” thing really works though, because it’s used to deliver the upgrade system for the player through the nexus hub in a way that is convincing. For example if you take out some space bandits on a hostile planet in a certain quadrant of the Andromeda galaxy, then you’ll find that there might be a new weapon upgrade available for you from the nexus – with the assumption being that you stole this new tech from the bandits, which actually makes perfect sense if you think about it!